A walk in nature is meant to do wonders for the soul, so on this beautiful bushwalk from Taronga Wharf to Georges Head you can immerse yourself in the diverse landscapes of Sydney Harbour National Park. From rocky foreshores to secluded beaches and native bushland, there’s more than just the native flora and fauna to admire.

Take the time to really slow down and pay attention to the finer details of the environment as you pass over wooden boardwalk, stroll under towering Sydney Red Gums and enter temperate rainforests. You’ll be quickly surprised at how much you will discover in just a short amount of time. So, the next time you walk between Bradleys Head to Chowder Bay, here’s just some of the iconic natural, cultural and historical wonders you could be lucky enough to spot, especially on a Sydney walking tour.

Tread slowly and carefully along the walking track and it won’t be long until you start admiring all types of flowers and plants that call Sydney Harbour National Park their home. Look around to admire the tall Grass Tree, the beautiful and hardy Blueberry Ash, or the velvety white flowers and silvery grey foliage of the Flannel Flower. You’re also likely to see Rosemary Heath, Banksia, Sunshine Wattle, Flax-seed Wattle, Crowea, Fuschia Heath and much more.

If you’re not very good at identifying flowers then your Sydney walking guide will be able to give you their common name, scientific name and its uses. Remember that different times of the year will show different flowers at their best, so you can come back time and time again. Alternatively, the Royal Botanic Gardens has a fabulous display of native plants, if you have time to explore Sydney further.

Birds and Other Animals

The Sydney Harbour National Park is home to 150 bird species so you’re sure to spot at least one type of bird during your walk. You’re likely to see cockatoos and the noisy Common Mynas, but if you stop, look and listen, it won’t take long to spot and hear other iconic Australian birdlife. Look out for the rainbow lorikeets, the scarlet red of the king parrots, the laughing Kookaburra, the cute New Holland Honey Eaters or white-bellied Sea Eagle.

You could also spot the brush turkeys (also known as bush turkeys) digging in the ground, water dragons sitting statue-like on a rock or brushtail or ringtail possums hiding in the trees. Stop and listen carefully to hear the croaking of frogs from the marshes. During whale watching season, you might also be lucky enough to witness the migrating humpback whales between the Sydney Heads. If you’re a wildlife lover, then it’s best to walk earlier in the day or just before dusk to see the birdlife and wildlife at their most active.

For architecture and history lovers, be sure to check out the beautiful Athol Hall (Athol Gardens Hotel). In 1872, the Athol Gardens Hotel was granted one of the two publicans’ licences in this area, with the other located at the Clifton Hotel in nearby Chowder Bay. By 1880, the Athol Hotel was advertised as having the best wines, ales, beer and spirits with strict civility. As Athol Hotel grew in popularity, hundreds of excursionists would make their way here at the weekend to picnic in the gardens with spectacular views overlooking the Sydney harbour. This was because Athol Hotel was the only place in Sydney where drinking was permitted on Sundays. Today, Athol Hall is a popular venue for wedding receptions and wedding ceremonies, alongside corporate events and private parties due to its breathtaking views of Sydney Harbour. 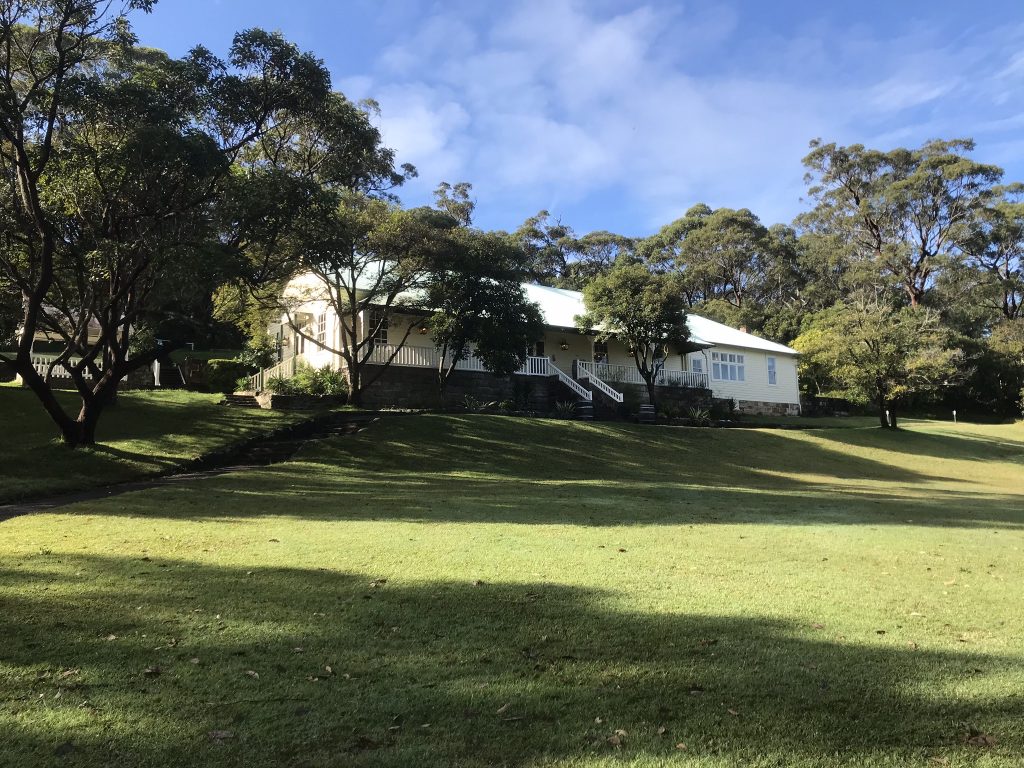 You might think you’ve entered a dreamlike fantasy when you see trees steaming in the morning. However, this beautiful sight generally happens when there’s been a heavy rainfall and the tree’s bark soaks up the water. In the morning, as the sun’s warm rays hit the trees, the trees start to heat up and this water evaporates causing this magical effect.

Bradleys Head is home to a large collection of military history including a Rifle Wall, defensive ditches, gun emplacements and fort. In a bid to protect Sydney Harbour, the Bradleys Head Battery was completed in 1871 and housed the 68 pounder guns mounted on traversing platforms which could fire up to 1,000 metres. There is a series of connecting underground rooms used to house magazines and shell-stores.


Did you know that the Bradleys Head Amphitheatre was actually built on the site where a stunt scene was filmed in the blockbuster film, Mission Impossible 2. Today, the amphitheatre is a popular setting to host weddings and musical performances as well as being the perfect place to watch impressive sunsets whilst admiring the jaw dropping views of the Sydney city skyline. 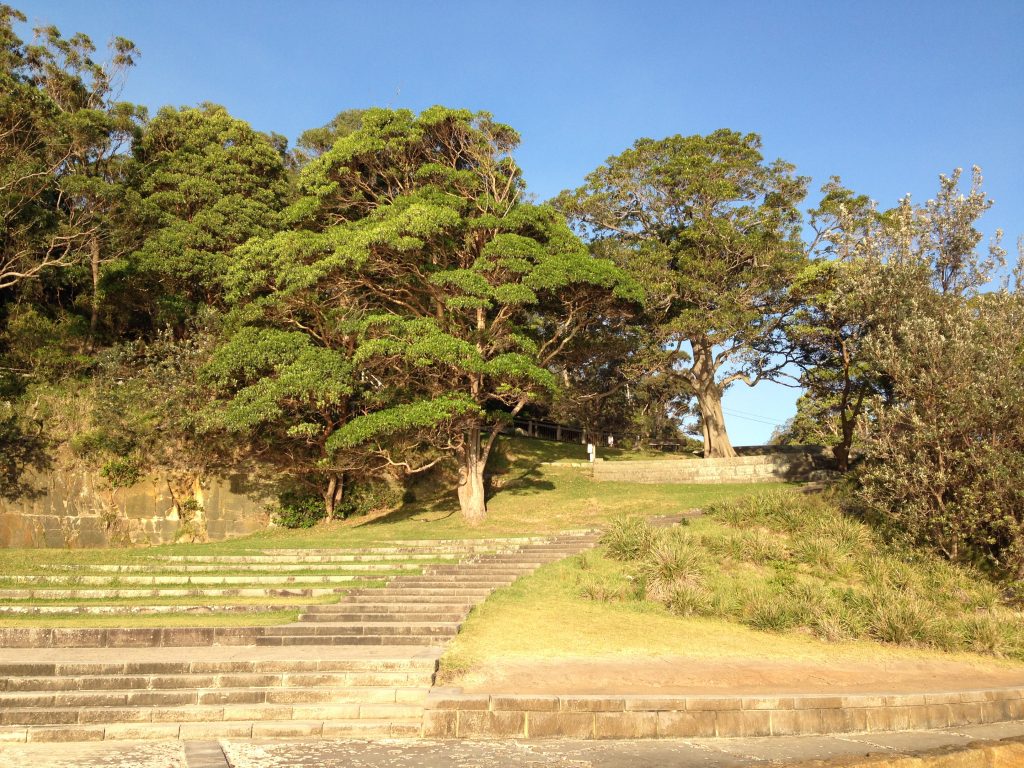 Arrive at Bradleys Head Amphitheatre and you will see a Doric stone column just off the headland on a rock platform in the water. This column marks one of six that were taken from the first Sydney General Post Office after it was demolished in 1863 and placed in different positions throughout Sydney. This particular column was erected near the jetty in 1871 to mark one nautical mile from Fort Denison. It was used to provide accurate sea trial measurements and to test the speed of newly constructed ships.

Walk beneath the ancient Angophora forest of enormous, sprawling Sydney Red Gums as you follow the spectacular Sydney Harbour foreshore. Be mesmerised by these twisting rusty-coloured giants and embrace the peaceful silence, broken by the sound of chattering birds above. This is undoubtedly one of the highlights of your walk so I recommend to slow it down to really appreciate this beautiful setting.

Along with the Sydney Red Gum Trail, your walk between Taronga Wharf to Georges Heights provides you with a plethora of opportunities to admire the breathtaking Sydney Harbour Bridge, Sydney Opera House and the iconic harbour views. In fact, come New Year’s Eve, Bradleys Head is one of the best locations to view the renowned New Year’s Eve firework display which light up the whole night sky.

As you pass Taylors Bay you will get your first glimpse of The Manor House, a 52-room mansion situated within Clifton Gardens in Mosman. Originally built for William Bakewell in 1904, using a Federation Queen Anne style design, it was later purchased by the Theosophical Society in 1917 who have occupied it ever since. Today, this eye-catching, red-bricked building with terracotta tiled roofing and tall, corbelled chimneys is listed on the heritage register of New South Wales.

Looking out across the peaceful, turquoise waters of Taylors Bay, you will be greeted by a small secluded beach and anchored boats in the bay. However, back on the night of 31 May 1942, Taylors Bay was the site where one of the three Japanese midget submarines entered Sydney Harbour, but was fortunately blocked off by the harbour patrol boats Sea Mist, Steady Hour and Yarroma. Sea Mist dropped a depth charger which then brought the midget submarine to the surface upside down and wrecked, where it was later recovered by crane. Hear the full tale of the stealthy midget submarines from your local Sydney walking guide. 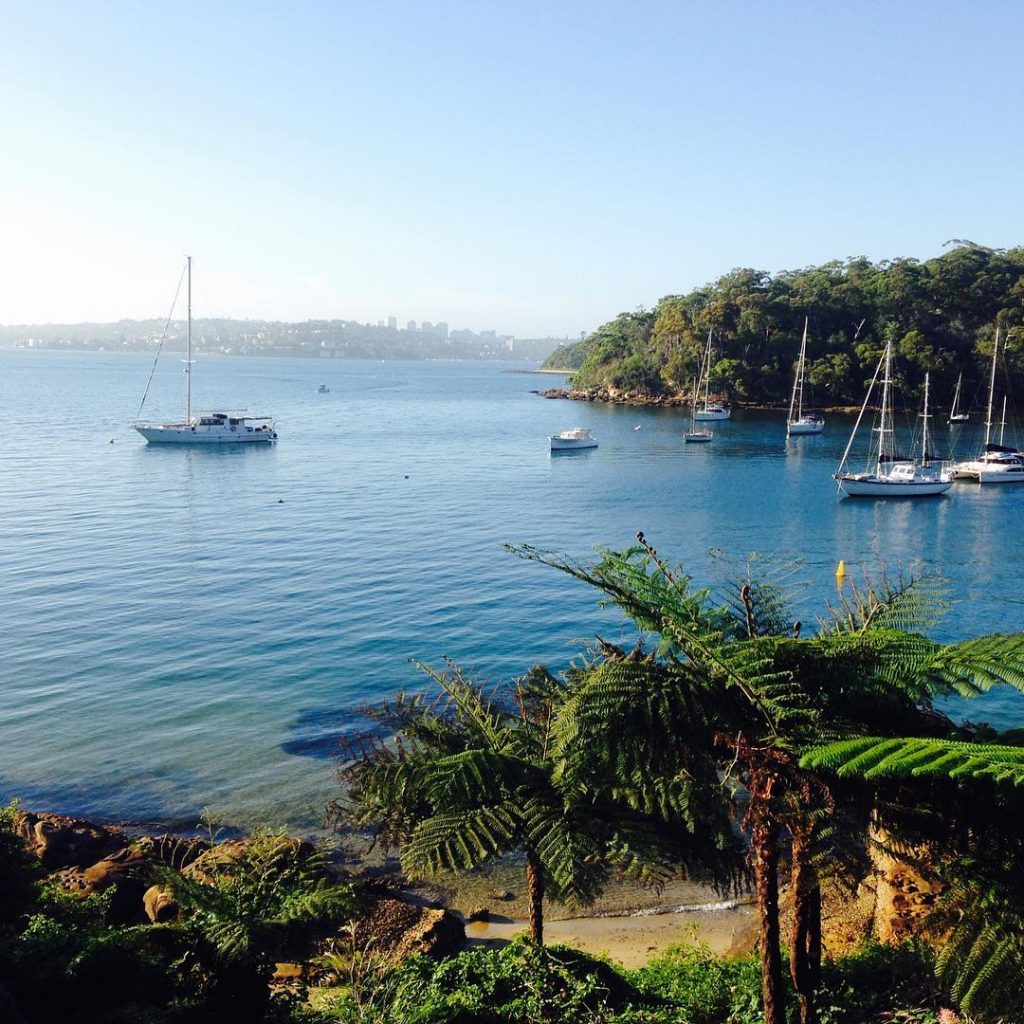 Chowder Bay played a vital role in protecting Sydney between the 1890s until 1922. The area was once occupied by the military, but by the 1870s, the British Government withdrew its troops, meaning that Australia had to create its own defence strategy. In 1889, the submarine mining depot was built in Chowder Bay to facilitate the laying of mines in Sydney Harbour to protect Port Jackson from foreign forces. These mines were designed to detonate if an enemy ship entered the harbour. Once the Submarine Mining Corps closed in 1922, Chowder Bay became a depot and barracks for Army engineers before becoming the Army Maritime School from the 1980s until 1997.

Built between 1871 to 1874, this fort was constructed under the supervision of colonial architect James Barnet with the intention to fire on enemy ships navigating into Sydney Harbour. The underground casemate was made of brick and mortar and built into the excavated cavities in the sandstone bedrock. It was one of the first to be locally designed and built after the withdrawal of British troops in 1870 and the Cardwell Reforms. Containing three domed chambers each used as gun emplacements, the chambers had a small hole for the gun to fire towards the Sydney South Head and North Head.

Close to the Beehive Casemate, you might spot the Australian coat of arms caved into a rock with the years 1914-41, left behind by those who worked here. On the nearby rockface you can also see a kangaroo and the outline of a soldier wearing his hat. Without the help of a Sydney walking guide to point these historic engravings out to you, it is likely that you will walk right past them. 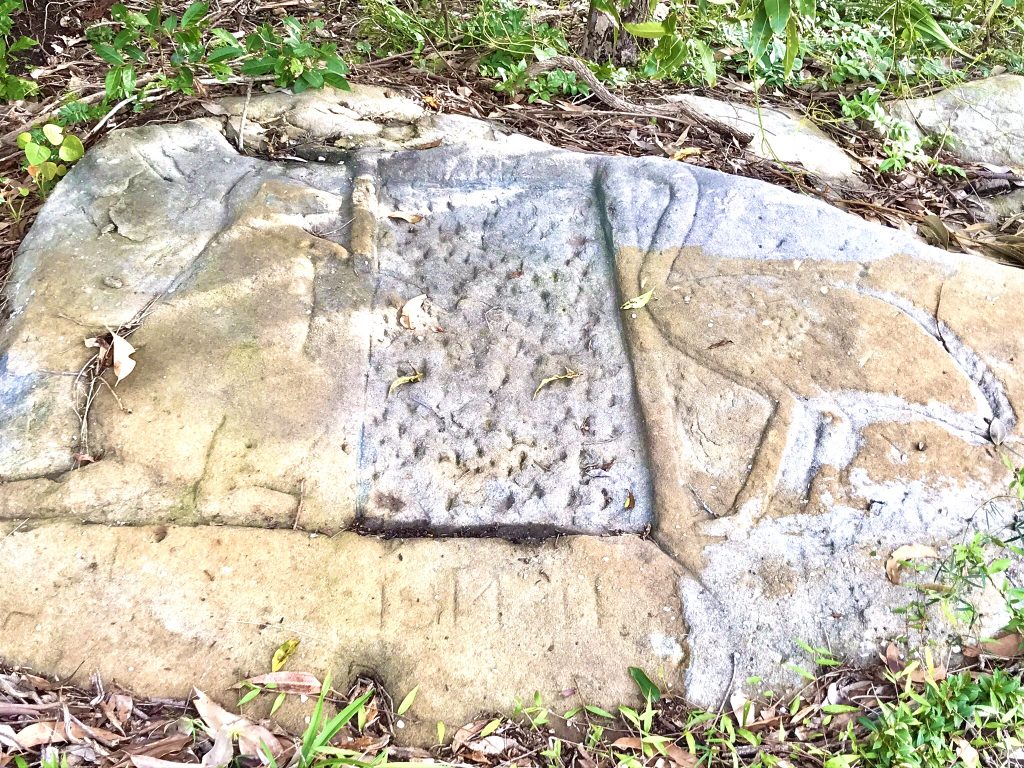 Increase your chances of seeing all of the above during a guided walking tour with EcoWalks Tours.

Take your pick from the 3-hour Georges Head Walk or extend with the 4-hour Middle Head Battery Walk, ending at Balmoral Beach. You can also enquire about our private tours in Sydney.

Fiona Bennett
Previous post9 Reasons to Take a Sydney Guided Walk – EcoWalks Tours
Next postWhere do you stay in the Lower North Shore?